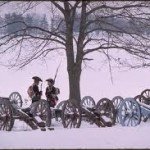 What would George Washington think?

Fortunately, we know what the Founding Father would think through a letter he wrote in 1783:

“Avoid gaming. This is a vice which is productive of every possible evil; equally injurious to the morals and health of its votaries. It is the child of avarice, the brother of iniquity, and father of mischief. It has been the ruin of many worthy families, the loss of many a man’s honor, and the cause of Suicide. To all those who enter the lists, it is equally fascinating. The successful gamester pushes his good fortune, till it is overtaken by a reverse. The losing gamester, in hopes of retrieving past misfortunes, goes on from bad to worse, till grown desperate he pushes at everything and loses his all. In a word, few gain by this abominable practice, (the profit if any being diffused) while thousands are injured.” 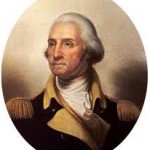 The great leaders in America are gone. In their place are political midgets who lack ideas and vision. In fact, Pennsylvania’s gambling push is the defining legacy of the state lawmakers who support and enabled the spread of casinos, starting with former Gov. Ed Rendell, the godfather of gambling in the Keystone State.

One interesting detail in The Inquirer story about gambling coming to Valley Forge says gamblers must spend the night at the casino or spend $10 on food or other things besides gambling. This screwy restriction is because Valley Forge is a “Category 3″ casino. It’s probably a Freudian slip that the rankings mirror those of hurricanes. Presumably, a Category 3 casino won’t cause as much damage and destruction to a gambler’s household finances as say a Category 2 casino.

END_OF_DOCUMENT_TOKEN_TO_BE_REPLACED

One thought on “Valley Forge craps out”