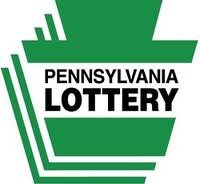 It is bad enough that many states fund budgets by pushing the sale of lottery tickets, which is effectively a regressive tax that preys on the most vulnerable residents, many of whom consider the purchase of lottery tickets as a wealth-building strategy.

Now, Pennsylvania Gov. Tom Corbett plans to turn over the lottery operations to a private operator who will be paid hundreds of millions of dollars to get taxpayers to gamble even more. Corbett awarded the lucrative lottery contract to a British firm named Camelot Global Services. The award process was done in secret and offers little transparency.

In addition, there are many questions and potential problems surrounding the deal. For starters, the details of the contract are murky and unclear. Camelot was the sole bidder, so it is unclear if the state is even getting a good deal. There are also risks. It is also unclear if the revenue is guaranteed to the state if lottery sales come up short.

More broadly, privatizing public assets does not have a great track record and may backfire. One report says the lottery deal may cost senior citizens. Consider the bad deals cities like Chicago have struck to lease parking operations to private firms. 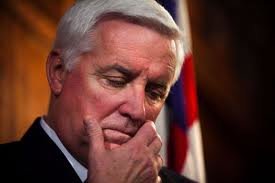 More troubling, the lottery contract includes incentives and bonuses for Camelot if it can boost sales. The only way to do that is to aggressively market the lottery to get new and existing taxpayers to gamble away more money. In effect, the state is betting on its own residents to lose more money. It’s a bad deal all around. The only clear winner is Camelot.

The deal also calls for Camelot to install keno machines in bars and restaurants and sell lottery tickets online, all part of the state’s ever-growing addiction, er, policy, to push gambling at every turn in order to suck more money out of the pockets on residents. The lottery already generates $3.5 billion in sales and more than $1 billion in revenue for the state.

Most of the lottery players are elderly, poor, minority and working class. Studies show that low income residents spend a much higher percentage of their income on lottery tickets. Many are not casual players who buy a $1 ticket when the Powerball pot gets big. Instead, many buy multiple tickets every day on long-shot odds that rarely, if ever, pay off. But when it comes to privatizing the lottery, it is a good bet that this deal will prove to be a costly boondoggle.

END_OF_DOCUMENT_TOKEN_TO_BE_REPLACED

One thought on “Bad bet: Outsourcing the lottery”