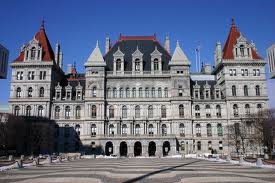 Gee, that sure sounds like a lot of money. But where did the figure come from? What does $1 billion in “economic activity” really mean? Will the $1 billion figure be reached in one year or 10?

Cuomo has never attempted to answer those questions, just as he has avoided any debate about the costs and benefits of casinos. But David Blankenhorn uncovered the source of the $1 billion figure, as detailed in his recent op-ed in the Albany Times Union.

Turns out a footnote from one of Cuomo’s speeches cites the source as a leading casino supporter/lobbyist. James Featherstonhaugh tossed out the $1 billion figure during an interview with the Albany Business Review in 2011.

When it comes to the casino debate, Featherstonhaugh is not an impartial observer. He is a powerful lobbyist in Albany. He is one of the owners of the Saratoga Racetrack, which wants to add casino gambling to its site. He is also president of the New York Gaming Association, the organization created to push for casinos. He also happens to be a longtime Cuomo family friend and advisor to Cuomo’s father, former Gov. Mario Cuomo.

It would seem that before the governor of New York pushes a major new policy initiative that requires changing the state constitution, he would at least do some due diligence to determine the costs and benefits of unleashing more gambling on citizens. Instead, the Albany lawmakers have avoided any independent studies. There have been no public hearings. And very little debate from lawmakers.

Instead, Cuomo has essentially used an off-the-cuff quote from a gambling supporter as the basis of his push to legalize casinos. Surely, the great state of New York can do better than that.

END_OF_DOCUMENT_TOKEN_TO_BE_REPLACED 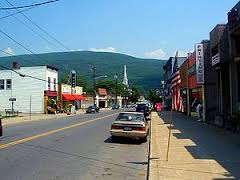 Gov. Andrew Cuomo and other casino supporters like to hype the benefits from the gambling traps. Critics likewise highlight the social and economic problems that follow casinos, including increased crime, bankruptcy, suicide and divorce. Not to mention, casinos strip wealth from a community and create very little economic spin-off.

But this piece takes a clear-eyed look at whether casinos will transform struggling towns in the Catskills and other parts of New York into economic engines. Here’s the best case: casinos in rural areas lead to a spike in jobs, but few ancillary businesses. Meanwhile, casinos in big cities have no noticeable impact on overall employment. They just switch around the jobs that already exist.

Chad Cotti, an economist at the University of Connecticut, also found that placing casinos in remote areas seemed to increase the number of fatal car crashes. (That’s what has happened near the Indian casinos in Connecticut.) That’s the best Cuomo and other casino supporters can muster? A brief spike in jobs and more deaths from drunk driving. Some legacy. Cuomo and other casino supporters should be proud.

END_OF_DOCUMENT_TOKEN_TO_BE_REPLACED 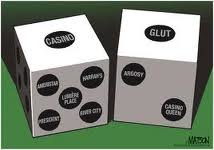 Pennsylvania’s gambling revenue dropped for the first time in six years, following the usual path for states that get hooked on casinos.

Revenue at the state’s 11 casinos dropped 2 percent to $2.43 billion in the fiscal year that came to a close Sunday. The annual slots decline was the first decrease since Pennsylvania’s first casino opened in November 2006.

Other states have experienced similar growth and decline patterns. The cycle shows how casinos are not a reliable source of revenue for states. That’s just one reason why gambling is a bad public policy for states. (Not to mention, the more than $2 billion the state took in is wealth that was stripped from residents and sucked from the local economy rather spent on more useful goods and services.)

Look for revenues to drop even more in Pennsylvania and Atlantic City if New York adds more casinos. In the end, betting on residents to lose is a bad policy to follow for elected officials who take an oath to protect taxpayers not take advantage of them.

END_OF_DOCUMENT_TOKEN_TO_BE_REPLACED 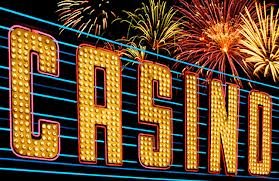 A new study has found what anyone who has watched states legalize casinos already knows: gambling has a corrupting influence on elected officials.

Two economists studied federal corruption conviction rates in states before and after they legalized casino gambling. The study focused on the years 1985 to 2000, a period when gambling interests flooded state capitols with money in a drive to legalize casinos.

They found corruption convictions increased after casinos were legalized. The study also showed that the corrupting influence of casinos began a year or two before lawmakers approved gambling. (See New York, where the first hint of corruption began two years ago. The impact casino money has also begun to impact Massachusetts, where gambling was recently legalized. Of course, Pennsylvania may have set the gold standard.)

Economists Douglas M. Walker and Peter T. Calcagno said the pattern supported two theories to explain the increase in corruption: the casino industry is attracted to states with an existing “culture of corruption.” The casino industry often exploits the regulatory atmosphere after gambling is legalized. In other words, the casino interests corrupt public officials before, during and after the legalization process.

The study looked at conviction rates in all 50 states between 1985 and 2000. Four out of the five states with the highest annual rates of public corruption were casino states.

Mississippi topped the list with almost four public corruption convictions a year per 10,000 state employees followed by Louisiana, Illinois and South Dakota. The five states with the lowest corruption rates did not legalize casinos during the same period.

The corrupting influence of casinos is not new, it has only increased in recent years. (See a list of anecdotal corruption incidents here.) But former Illinois Sen. Paul Simon pointed to the problem while testifying at a meeting in 1997 before the National Gambling Impact Study Commission when he said, gambling “has more of a history of corruption than any other industry.”

END_OF_DOCUMENT_TOKEN_TO_BE_REPLACED 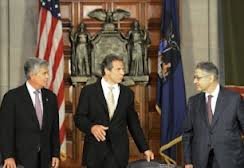