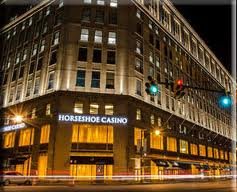 In 2009, Ohio residents were told the four proposed casinos would generate $1.9 billion in annual tax revenue for the state. The figure helped convince slightly more than half of the state’s residents to approve a referendum legalizing casinos.

But after the first full year of operation for all four casinos, the actual revenue was $839 million, according to this report. Turns out the state’s projection was off by $1 billion. To quote Texas Gov. Rick Perry: “Oops.”

Of course, the $839 million figure does not take into account any of the social and economic costs that also come with casinos. Nor, does the figure consider the drop in spending at area businesses. After all, not only are the revenue figures well below the projection, the Ohio casinos are not generating much new spending. That’s because casinos divert spending that would have gone to buy cars, clothes, food and other goods and services in the state.

But since the casinos are taxed at a higher rate, the state pockets more tax revenue. Usually casinos experience solid growth at first, but then revenue figures level off and begin to drop. Ohio’s weak start does not bode well since the numbers came in low and are likely to keep dropping in future years. Ohio’s revenue problem underscores a broader industry concern: so many other states have legalized casinos recently the market is getting saturated. (Shocked – just shocked – that gamblers are not flocking to the casino in a former department store in downtown Cleveland.)

The casino shortfall in Ohio should serve as a cautionary tale for other states, like Florida and New Hampshire, considering whether to legalize casinos. The casino hype rarely lives up to the reality.

END_OF_DOCUMENT_TOKEN_TO_BE_REPLACED

Brockton casino opponents reaching out to residents in final days of election Joseph Markman, The Enterprise, 5/1/2015

Expanding gambling not the answer to state budget woes Will Herman, The CT Mirror, 12/18/2014

Plenty of reasons why not to legalize sports betting David Blankenhorn, Deseret News, 11/28/2014

Lawmakers all in on gambling as revenue crutch Paul Davies, The Philadelphia Inquirer, 9/12/2014

Legalizing casinos: Jobs have nothing to do with it David Blankenhorn, Deseret News, 7/11/2014

Is The Gamble On Casinos Paying Off? Tom Ashbrook interviews Barbara Dafoe Whitehead, On Point with Tom Ashbrook, 6/24/2014

Are Too Many Seniors Gambling Their Lives Away? Adam J. Wiederman, Daily Finance, 3/18/2014

How casinos prey on the elderly Robert Goodman, The Sarasota Herald-Tribune, 2/24/2014

History tells us the slot machine is a loser David Blankenhorn, Tallahassee Democrat, 1/31/2014

Back Of The Ballot: Vegas-Style Casinos In Upstate N.Y. To Be Decided Tuesday Tony Aiello, CBS News, 11/4/2013

NY casino pitch is a bad deal: Vote 'No' on Proposition One Editorial Board, Syracuse Post-Standard, 11/3/2013

Be Our Guest: A vote to legalize commercial casinos is a losing bet Paul Davies, New York Daily News, 10/27/2013

Cuomo's push to legalize casinos in N.Y. has been dishonest Paul Davies, The Westchester Journal News , 10/25/2013

'It's all nonsense': A forum on casino expansion gets emotional Dana Rubinstein, Capital New York, 10/23/2013

Debate on casino referendum planned at SU The Associated Press, The Observer-Dispatch, 10/16/2013

The dark side of casino gambling David Lombardo, The Daily Gazette, 10/15/2013

Yet Another Study Says Casinos May Bring Economic Harm, But Not For The Pols Profiting Off Of It Willie Simpson, Sheepshead Bites, 10/9/2013

Another Voice: Casinos will do more harm than good to New Yorkers David Blankenhorn, The Buffalo News, 10/2/2013

9 Things You Should Know about Casinos and Gambling Joe Carter, The Gospel Coalition, 10/1/2013

Casino Amendment No Sure Bet Editorial Board , Rochester Democrat and Chronicle , 9/26/2013

Casinos a Bad Gamble for the State William A. Johnson and David Blankenhorn, Albany Times Union, 9/24/2013

State vote on casinos is a test of confidence as 'inevitability' looms large Tom Precious, The Buffalo News, 9/15/2013