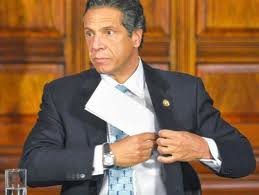 Gov. Andrew Cuomo is confident the casino referendum will pass – despite the state’s lack of independent study, debate or public hearing. But not everyone thinks more gambling is a good idea. A number of thought leaders have chimed in with powerful pieces, sparked in part by the recent report titled “Why Casinos Matter” that was published by the Institute for American Values, which sponsors this blog.

New York Times columnist Michael Powell wrote a compelling column where he interviewed a gambler who thinks more casinos is a mistake. “It’s a losing deal, casinos,” electrician Stu Litwin told Powell. “I’ll be honest, I should have my head examined for coming here. You really don’t want the whole city doing this.”

Powell found Litwin at the Resort World Casino at Aqueduct Racetrack in Queens, which he said “looks like an airport departure lounge mated with a pinball machine.”  He also likened the Cuomo camp’s rosy wording of the casino referendum promising jobs, lower property taxes and school funding as “Leonid Brezhnev Triumphal Style.”

CNN contributor David Frum chimed in with a column titled “The Harm that Casinos Do.” Frum wrote: “The impact of casinos on local property values is “unambiguously” negative, according to the National Association of Realtors. Casinos do not revive local economies. They act as parasites upon them. Communities located within 10 miles of a casino exhibit double the rate of problem gambling. Unsurprisingly, such communities also suffer higher rates of home foreclosure and other forms of economic distress and domestic violence.”

IAV President David Blankenhorn and former Rochester Mayor William Johnson also wrote an op-ed in the Albany Times Union that argues how casinos contribute to the gap inequality. “While casinos do not create wealth, they redistribute it, overwhelmingly from the have-nots to the haves. Gov. Andrew Cuomo and other casino advocates often use terms such as ‘destination gaming resorts’ to describe them, but the label is highly misleading. Anyone who has actually visited America’s regional casinos knows that they are quite different from Vegas-style resort casinos.”

Cuomo and other casino supporters have avoided public discussion on the well-documented economic and social ills that come with casinos. As such, many voters are not well informed about casinos. But many thought leaders who have taken the time to examine the issue understand that casinos do more harm than good.

END_OF_DOCUMENT_TOKEN_TO_BE_REPLACED 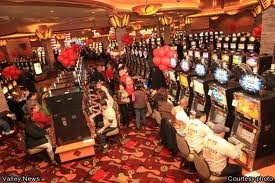 Of course, a special hat tip for inspiring the column goes to the recent report released by the Institute for American Values, which supports this blog site. The report pulls together a variety of research to provide an easy-to-read snapshot of the rapid growth in casinos by a number of states and explains why this is a bad public policy.

As Gerson points out, the spread of casinos is a bipartisan effort. However, the misguided gambling policy is something that should offend liberals, conservatives and libertarians alike.

It is worth reading the IAV’s report and Gerson’s column in full.

END_OF_DOCUMENT_TOKEN_TO_BE_REPLACED

This report by Common Cause may help explain why Gov. Andrew Cuomo and other legislative leaders suddenly want to change the state Constitution in order to allow commercial casinos in New York.

Since 2005, gambling interests have spent nearly $50 million on lobbying and campaign contributions in New York, according to an analysis by Common Cause. Translation: money talks. (Recall that Cuomo never even mentioned legalizing casino when he was running for office. Now it is at the top of his agenda.)

As the casino issue has heated up in the last year, there has been a surge in spending. Gambling interests have spent nearly $4 million on lobbying and more than $700,000 on campaign contributions in the first half of 2012, according to The New York Times.

The spending playbook by the gambling industry is the same one used to legalize casinos in other states. No doubt $50 million is a lot of money to most folks. But consider this: the new slots barn at the Aqueduct racetrack in Queens is raking in more than $50 million in revenue a month. In other words, $50 million to buy up, er influence, some lawmakers is a great return on investment.

Look for the spending in Albany to continue as the gambling interests work hard to upend the Constitution and expand gambling across the state. Of course, opening the doors to more casinos, means lawmakers will enable a policy that strips money from the very residents they are sworn to protect. Indeed, that point gets lost in the river of money gushing into Albany from the casinos interests.

END_OF_DOCUMENT_TOKEN_TO_BE_REPLACED

The research raises interesting public policy and public health questions for elected officials who are busy legalizing casinos across the country. If the government’s primary role is to protect citizens, why is the government enabling an industry that creates addicts? The economic and social costs of gambling are real and outweigh the tax benefits that comes from casinos. Yet, this is often downplayed or overlooked by lawmakers and the gambling industry.

This panel discussion is part of the IAV’s broader effort to raise awareness, educate and inform the public debate surrounding the spread of gambling. And to shine a light on the government’s role in enabling casinos and its responsibility to the public. To view the panel go here. To read a column about the event go here.

END_OF_DOCUMENT_TOKEN_TO_BE_REPLACED

David Blankenhorn weighs in with his second op-ed in two days on casino gambling.

In 1994, Mario Cuomo said bringing casinos into a  state “doesn’t generate wealth, it just redistributes it.” He warned that, if the Legislature proposed a constitutional amendment to bring casinos to the  state, he might “fight the proposal in public debate.”

In his book, “The New York Idea,” Mario Cuomo cited civic, religious, personal and economic reasons for his  opposition to casinos. “There is a respectable body of economic thought that  holds that casino gambling is actually economically regressive to a state and a  community,” he wrote.

The elder Cuomo is right of course. Should make for some interesting dinner conversation at the Cuomo house. Left unsaid of course: Considering that Mario Cuomo was considered one of the more thoughtful elected officials, where does that leave the son?